A collection of images from the 2008 report from the Australian Department of Climate Change. I put them here for us all to study. 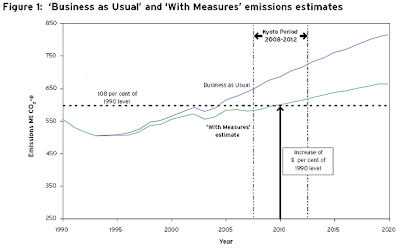 "With Measures" includes the new Rudd Labor Government measures, in particular the 20% Renewable Energy Target, and yet it continues to show an increase. 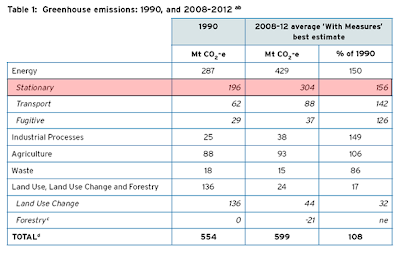 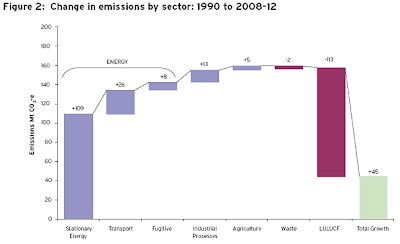 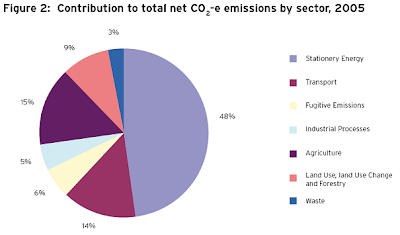 These show that not only is the stationary energy sector (e.g. electricity generation, etc.) the greatest contributor, it is also by far the fastest growing in absolute terms. 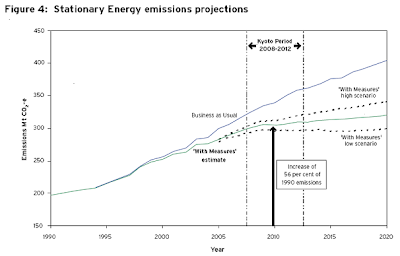 ... and here we see that despite the 'measures', stationary energy related emissions are to continue to - in the best case - remain the same. 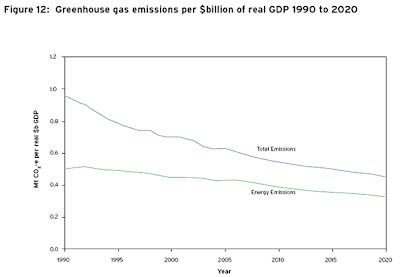 I admit that significant scope remains to be tapped in this area. But we will be lucky if the results are enough to compensate for projected demand/population growth. 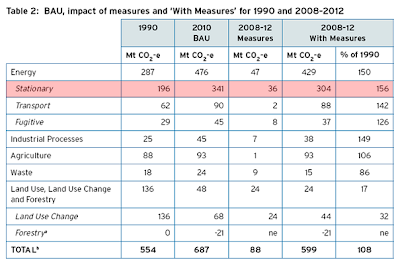 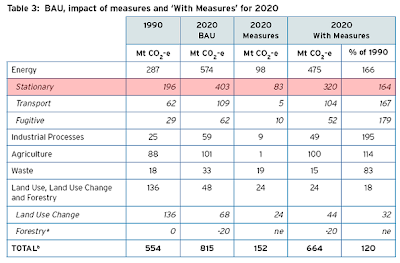 Realising that these projections include fairly aggressive renewable targets and the 'Australian clause' regarding land use [a one-off perk for us]. I remain convinced that Australia has no hope of achieving anything near 60% reduction without significant nuclear power deployment in parallel with other measures well beyond those currently planned.

The data supports no other path.

Posted by Nuclear Australia
Email ThisBlogThis!Share to TwitterShare to FacebookShare to Pinterest
at 4:45 am