I read a news article recently where the author equated selling coal to dealing drugs or pimping a prostitute, "If I don't sell it, they'll just get if from someone else." I wish I could find it to give them credit - but for now I can only admit the metaphor belongs to someone else. 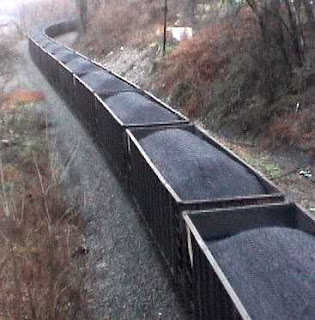 The point is, planet earth is addicted to fossil fuels - and coal is our vice of choice. Quick, cheap and easy, always giving us exactly what we need - the way we like it. Australia is the, "How can I fix you up tonight?", Pimp-Daddy, King of Coal. We are the world's 4th largest coal producer [behind China, USA and India] and top-dog at dishin' it out, exporting 231 Mt [I believe that's million tonnes] in 2006. Our closest trade competitor is Indonesia, who pushed barely half our weight at 129 Mt. Our per-capita impact on the world coal market and subsequent emissions generation is [should be]... sobering.

Finally, have a look at this map. Is it any reason Australia is painted black? Look at how exports are predicted to change over the next quarter century.

How much energy is involved just to move that material around the globe? 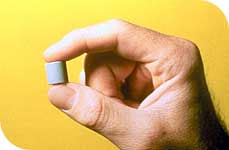 One uranium fuel pellet, contains the equivalent energy to a 100 tonne rail car full of coal (considerably more if reprocessed)

By contrast, according to the AUA/UIC, Australia exported 7593 tonnes U [or 0.007593 MtU] in 2006. These exports contributed significantly [19% of worldwide uranium production in 2006] to emissions free, safe and 24/7 reliable electricity generation from nuclear power.
Posted by Ed
Email ThisBlogThis!Share to TwitterShare to FacebookShare to Pinterest
at 7:46 am