Coal stations table a scheme to keep them in business in the midst of a programme aimed at putting them out of business. 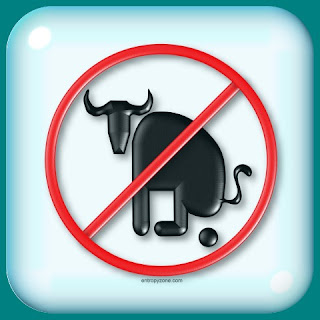 Not long at all after Federal Climate Change Minister Penny Wong announced the 2010 implementation of an Australian emissions trading scheme, Coal Stations from the Latrobe Valley [Victoria] extended their hands to the federal government for handouts that would be required to keep them viable.

The chief executive officer of Loy Yang Power, Ian Nethercote says if compensation is not provided, some of the smaller coal generating companies may become non-viable.

[Sorry, but I thought the whole point of an emissions trading system is to shift generation away from sources that contribute large emissions to those that don't.]

Maybe you believe the government should invest the funds collected through some type of trading programme into no/low emissions power production technologies. Or perhaps you prefer investing in research [into, say, clean coal, advanced solar thermal, geothermal technology, biomass, etc. But that research won't pay off in power production any time soon so there is risk that most of these monies will be essentially flushed]. Perhaps energy efficiency and/or conservation programmes float your boat. But to direct it to keeping coal stations financially viable [basically subsidising their purchase of more emissions credits]?? All those in favour?

I believe, according to plan, the market will work to ensure the resulting electricity is reliable, high quality, safely generated with minimum life-cycle costs and risks. And the government will not be picking any winners so long as we all agree not to mention the N-word in civil conversation.

Items of interest over the next 12 years:

According to this report efforts to introduce seabed emission storage are to be pushed through federal government. Never mind the technology has not been demonstrated... but wait... the best part??

"Liability [against future leakage] is one of the key issues to be resolved," he [federal Energy Minister, Martin Ferguson] said.

The insurance industry has repeatedly said only the Federal Government can cover potential future liability of such a massive venture, a view shared by the NSW Energy Minister, Ian Macdonald, a strong supporter of clean coal.

"My personal position is it should be undertaken by the Commonwealth given the length of storage time," he said.

[Hold on a sec. I thought federal insurance guarantees were a bad thing?]

"The design of the [emissions trading] scheme is the most important challenge, I consider, of the Government's first term," Mr Ferguson said, "My portfolio is the most exposed if we don't get this right."

Meaning the federal Energy Minister is personally, heavily invested in the Australian coal industry? Wouldn't that be a conflict of interest?

Posted by Ed
Email ThisBlogThis!Share to TwitterShare to FacebookShare to Pinterest
at 7:30 pm