Robert Gottliebsen spent his Easter holiday in South Africa. Could Australia suffer a similar fate with respect to electricity availability? 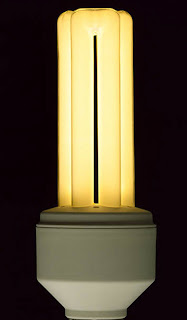 Keeping the lights on

Full report from the Business Spectator.

While we celebrate Earth hour once a year [and yes, I meant to use the term celebrate - with our kids and picnic gear in tow]; South Africa enjoys unpredictable and unavoidable Earth hours as they are forced to come to terms with inadequate energy policies sustained over several years.

Kevin Rudd and his climate change minister Penny Wong are playing a dangerous game. I have just returned from spending Easter in Johannesburg and have experienced first hand the damage that can be caused to the community when governments don't understand the consequences of their power generation actions.

Australian coal fired power stations believe they should be compensated for the potential destruction of their value caused by the effective carbon tax, but their arguments are not gaining traction. The government argues that the environmental damage they have been doing has been well documented and should have been incorporated into their value. Australia has rejected the nuclear power generation option. While there will be considerable investment in solar and wind, Australia will need major investment in large base load stations. So in the absence of nuclear, we will need to rely on gas including coal gas, perhaps enhanced by solar. It is likely to be more expensive than coal, although coal is really the most expensive power source of all once you include the cost the carbon emissions.

But gas prices are anything but historically stable.
Posted by Ed
Email ThisBlogThis!Share to TwitterShare to FacebookShare to Pinterest
at 8:33 am