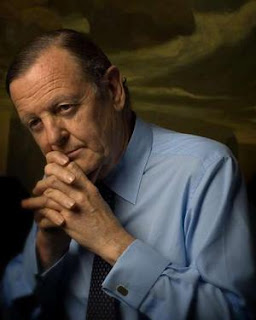 As reported in the The Age:

Mr Morgan said the industry faced considerable practical and political hurdles, but he believed it was "just" possible to see nuclear power in Australia within 10 years, if there was the will to embrace more expensive energy sources.
But Mr Morgan conceded nuclear energy faced significant hurdles, the most important of which was a lack of bipartisan political support.
He said for Australia to embrace nuclear energy, consumers would have to accept that energy prices would rise as part of any policy change to cut greenhouse gas emissions.
He said governments might have to review regulations governing Australia's electricity industry because there was no functional national electricity market and energy companies were reluctant to invest.
Mr Morgan endorsed the Switkowski review, which he said had started to focus the energy debate.

Posted by Ed
Email ThisBlogThis!Share to TwitterShare to FacebookShare to Pinterest
at 2:42 am