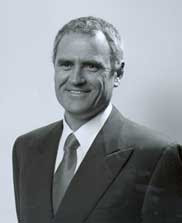 I suppose in some ways it's a good thing the issue of nuclear power is being discussed in the context of a recently leaked Treasury speech from Dr. Ken Henry. However, I can not comprehend some of the logic.

Henry's thoughts on nuclear power will also, to put it mildly, be unhelpful for Howard. "Consider, for example, recent commentary in the press which argues that the Government should support a nuclear power sector because jobs would be created," Henry said. "Where will the nuclear scientists and technicians come from? Is it seriously being suggested that they come from the dole queue or from Indigenous Community Development Employment Programs?"

Please let me pull this comment back into the context of an array of initiatives to adequately address emissions while meeting increasing energy demand (and it will increase, even with the most aggressive conservation efforts). Jobs will be created/needed to build wind and/or solar farms, tidal power stations, geothermal power stations, run electric cables, etc. These endeavours will most likely have to occur in parallel to be effective. And this will be happening around the world – not just in Australia. Skilled labour looks to be in short supply in the coming years – with our without a nuclear renaissance.

Unless every nuclear industry recruit were a skilled migrant, the workers would need to be poached from other sectors in the Australian economy.

Why not educate and train young men and women coming out of school as well? Or perhaps tap service men and women emerging from (typically highly skilled) careers in the military.

"Every job created by the nuclear industry will be a job destroyed in some other industry," he said.

Again, I do not follow the logic here. Would every job created to build wind farms etc. be poached from somewhere else??

And while we are on the topic of jobs, is anyone worrying about Australian farmers? See my next post (above) on the IPCC report. They’re in for a bit of stress. [According to this BBC report, they're feeling it already.]

The argument about jobs might sound like a standard Treasury mantra against governments picking winners. But Henry is talking about a much bigger picture. The subsidised workers in the nuclear industry will be less productive for the economy than they were in the former, unsubsidised jobs. In setting up his anecdote on nuclear power, Henry explained that government spending at a time of near-full employment could raise national income only if it expanded the nation's supply capacity. Howard's nuclear agenda could fail the test if the industry requires a handout to get started.

The argument for nuclear (like the argument for other energy sources being proposed to reduce Australia’s embarrassingly high carbon dioxide emissions per capita) is not an employment or economic expansion based argument. It is an environmental one.

The transition of jobs and potential need for subsidies should not be the bases for ruling out nuclear, just as they should not be used to toss out the others (solar, wind, biomass, tidal, geothermal, etc.).
Posted by Ed
Email ThisBlogThis!Share to TwitterShare to FacebookShare to Pinterest
at 4:31 am