Today, I received a kind Email from a Mr Georg Herlitz, a Swede, who has just completed a project to develop some nuclear information, education and instruction videos of potential interest.

Thanks for the Email Georg. Your embedded video is also included below.

Posted by Nuclear Australia
Email ThisBlogThis!Share to TwitterShare to FacebookShare to Pinterest
at 7:32 am 0 comments 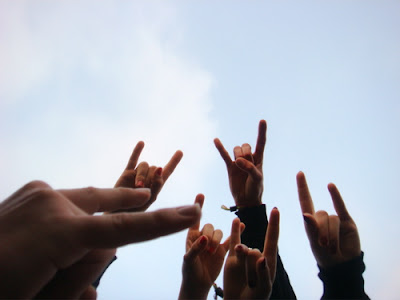 In a recent speech, ANSTO CEO, Dr. Adi Paterson, suggested the global nuclear industry is passing Australia by, and in permitting it to do so, Australia is missing a significant opportunity.

Based on Ian’s comment in the post immediately below, I began to dig around for information on Korea’s nuclear industry. I stumbled upon an August 2009 report, Nuclear Technology and Economic Development in the Republic of Korea. It details the results of Korea’s investments in nuclear infrastructure and human capacity development. Winning recent bids for US $20 billion (possibly $40 billion) in nuclear power plant contacts in the UAE and a research reactor in Jordan are the latest tangible outcomes of their efforts.

…Over the past four decades, the Republic of Korea has become one of the world’s leading nuclear power countries, with 20 nuclear power plants in commercial operation at the end of 2005, comprising a total generating capacity of 17.5 GW(e). Increasing national participation in the nuclear industry has meant the steadily increased use of locally produced material and domestic staff resources. Meaningful national participation in nuclear power plant construction requires the existence of a capable construction industry; medium and heavy manufacturing including cement, steel, machinery and equipment and chemicals; as well as competency in other services such as civil engineering, quality assurance control and testing; and specialized manpower training including engineering and managerial skills. Domestic industries gradually became the main suppliers to and main contractors for the nuclear power programme…

The industrial sectors that benefited from nuclear power plant construction changed over time as the commercial nature of the construction evolved from imported turn-key plants to greater technological self-sufficiency. For example, before 1990, only two major industrial sectors received significant value added from nuclear power: electric power plant construction, and finance and insurance. After 1990, as the Republic of Korea approached technological self-sufficiency in nuclear power plant construction, the number of sectors affected increased to include primary metal products, general machinery and equipment, electronic and other electric equipment, and business services. The general machinery and equipment sector was the most affected for the years 1990 and 1995, reflecting large expenditures in this sector for new plants.

There are four nuclear power plant sites in Republic of Korea. Each of the host communities has benefited from the construction and operation of these plants. These benefits include tax revenues, financial contributions in terms of local expenditures by the plant for salaries, social contributions and investments, and infrastructure development.

Similarly, nuclear power generation creates benefits in terms of enhanced security of energy supply, and in terms of electricity price stability. Although private investors will make their decisions based largely on internalized costs, government investors and policy makers may wish to make and to affect decisions based on both internalized and external costs. Government decisions can include both public investment and regulatory decisions. With increasing pressure on the environment and human health, regulatory measures increasingly incorporate these externalities in such a way that the external costs are appropriately internalized, i.e., reflected in the cost of production. Governments can thus indirectly affect private investment choices.

These avoided external costs can be difficult to quantify and convert to monetary values; any valuation process remains subjective, and results vary across countries. Despite the uncertainties and the national differences in valuation of externalities, however, several major studies have sought to estimate the external costs of air pollution associated with different electricity generating technologies. Perhaps best known is the ExternE project (providing global and standardized assessments) sponsored by the European Union and Oak Ridge National Laboratory in the USA. A comparison is provided of the external costs estimated by ExternE over time and for different electricity generating technologies. [see report for graphical data]

…nuclear electricity generating costs are less sensitive to changes in fuel prices than are the costs of fossil fired generation. Although the benefits to the economy of the Republic of Korea of the opportunity for lower electricity prices from nuclear power were not estimated, it was noted that insulation from price volatility — another avoided cost — is a positive benefit of nuclear power. The trebling of uranium prices in 2006–2007 resulted in only a 6–8% difference in nuclear power generating costs, while a doubling of international fossil fuel prices translates into generation cost increases of about 35–45% for coal fired electricity and 70–80% for natural gas. Since the competitiveness of nuclear power depends in part on the economics of fossil fuel alternatives, such rising fossil fuel prices tend to improve nuclear power’s competitive standing.

Conversely, Australia opted not to pursue nuclear technologies at about the same time (~1970s). Based on public comments, there seems to be little chance of policy changes in the near future.

How has that decision worked out for us?

Thrust a spade into Terra Australis and you’ll probably be able to sell the contents. This has led to the development of a wombat economy (dig/sell). Our top 25 Exports in the fiscal year 2008/09 are listed below.

With respect to our technical / industrial capacity, what does Australia manufacture that significantly contributes to our economy via large scale exports? Where is there evidence of sustained technological innovation or engineering excellence (large production volumes at sustained high quality and competitive cost)? Apparently, not much. Removing services, agricultural products, basic and raw materials leaves:

Looking beyond our wombat like export tendencies, the Australian economy is heavily service oriented. Professional and Technical Services ranks very high in the value added list of Australian business sectors. Examine Australian business data (MS Excel) from the Australian Bureau of Statistics; not much requiring cutting-edge global technology leadership or robust industrial capacity; not much to counter the points made by Adi Paterson.

Australia is a country with many people who 'know', whereas the Koreans are a people who 'do'. Coincidentally, humanity stands at the dawn of a period in our collective history where an unprecedented amount of complex and highly technical work needs to get 'done'. With 40 years of demonstrated nuclear expertise, Korea seems well positioned to take advantage of a sizable opportunity.
Posted by Nuclear Australia
Email ThisBlogThis!Share to TwitterShare to FacebookShare to Pinterest
at 11:40 pm 2 comments

Should Australia decide to price carbon emissions at a level where power producers begin to shift significantly away from fossil fuels, nuclear power will become economically competitive in Australia. Assuming this shift begins within the next five years and Australia does opt for nuclear power, we will construct an established Gen-III/III+ design, imported from a long time ally.

For the same reason the HIFAR research reactor was imported fifty-some years ago (British DIDO design), the OPAL reactor was imported about ten years ago (INVAP / Argentina) and ANSTO's PETNET design was imported more recently. Australia does not have large-scale nuclear (NSSS, and nuclear A&E) design capability. Such capabilities are developed over decades. It could be done in Australia (or most other countries for that matter), but if energy supply and emissions reductions are the goal - such development is not on the optimised path.

When nuclear power is cost competitive with other generation options, our uniquely Australian political challenges will remain. Opting for a design that has been built and operated several times in different countries provides a necessary degree of assurance against politically motivated claims of unknown costs, safety risks, or questions about operational reliability. Attempting to develop an unproven design here would expose would be investors to the associated unknowns of schedule delays, cost overruns or performance uncertainties. It is for this reason that nuclear design endeavours are usually scaled up through a series of increasingly larger demonstration projects.

An established design also brings with it prior regulatory approvals. This is not to imply a guarantee of Australian approval, but does provide added confidence in the review process.

Consider the political baggage if Australia selected a Russian reactor design. Add to this the history of Russia using energy security as an instrument of foreign policy (every reactor requires a secure supply of highly technical spare parts for decades).

Furthermore, regulatory review and approval experience with a given design in the USA, Canada, the UK, Japan, Korea, etc. could reassure potential investors of our ability to adequately manage project implementation risks (i.e. schedule and cost control).

First, I've listed it as "III/III+" because the line between the two can be blurred depending on where you look. The designs I refer to include (not meant to be exhaustive and listed alphabetically by company):

Some are operating today, others are being built and the rest are being marketed. The list may grow as other companies / countries enter the international nuclear power plant supply market (AECL's ACR-1000, B&W's mPower, China's CAP-1000, etc.); but these GenIII/III+ newcomers will take some time to pass the 'established' test and therefore are beyond the scope of this post.

Next, as I've explained above, the design must be established. I fully support advanced nuclear research and development. I believe Australia should waste no time increasing its involvement in such efforts. However, the scope of this post is directed and the near-term displacement of fossil energy generation. And therefore, established, shovel-ready designs are required.

With respect to fast / Gen-IV reactors; the OECD produced an excellent report - Nuclear Development Strategic and Policy Issues Raised by the Transition from Thermal to Fast Nuclear Systems (88 pages, ISBN 9789264060654). In this report and several others, 2040 is projected as an estimated time frame of fast reactor deployment. The report details other challenges such as prerequisite infrastructure requirements that make Australia seem unlikely as a location for early Gen-IV deployment.

Posted by Nuclear Australia
Email ThisBlogThis!Share to TwitterShare to FacebookShare to Pinterest
at 2:12 am 4 comments