Neither entertaining, nor helpful

Subsidies for nuclear are bad, but support for renewable energy generation technologies is fine; even if instances of certain renewable technology deployment result in less generation, less reliability, more lifecycle carbon emissions and greater cost per megawatt of GENERATION than nuclear. Is that the point being made here?

Funding? Nonsense! In Germany, nuclear plant operators will enjoy a completely bogus ‘tax’ as a price for their newly approved life extensions (reversal of phase-out policy). Why don’t they just shutdown??? Can’t be that they have a winning economic model that can endure such malarkey and still turn a carbon-free profit…

Oyster Creek?? Spend a few years living in the area and you will discover the local communities fear few things more than the plant’s closure; the loss of many local jobs; the shuttering of many spin-off business that support the plant; and not least of all, the tax revenue supporting local public services. A heavily outnumbered minority of outspoken opponents do not represent the views of the community and it is a farce to represent them as such.

…and that’s just the first paragraph. I can’t bear to continue.

I keep reading Greenpeace articles, looking forward to the day they stop pandering to their quasi-fundamentalist base and produce a contribution to energy/climate issues worthy of serious consideration.

in reference to: Nuclear News: Nuclear Energy Suffers Another Big Blow Greenpeace International (view on Google Sidewiki)
Posted by Nuclear Australia
Email ThisBlogThis!Share to TwitterShare to FacebookShare to Pinterest
at 4:17 am 0 comments

At its beginning, I found this report frustrating. “Yet another example of a renewables VS. nuclear report,” I thought. But that’s not quite the impression I had at the article’s conclusion. Yes, the two are compared in a tit-for-tat way throughout the past few decades; and yes, there is no mention that most of the ‘renewable’ generation comes from hydro.

However, carbon emissions – and in particular coal – are justifiably portrayed as the bad guys and the report focuses on electricity generated as opposed to the very misleading metric: installed capacity.

The report also mentions the expansion of non-carbon generation in US States with ‘…favorable policies such as renewable energy portfolio standards.’ This highlights the need for responsible and pragmatic policy action and supports the notion that policy action resulting in a price on carbon emissions will accelerate the transition of generation away from carbon intense technologies.

There is no reason to suspect the same is untrue for Australia. And there is certainly no reason to exacerbate a nuclear vs. renewables debate. Considering the amount of carbon-based generation that is to be replaced, as well as the time within which this transition must occur; renewables AND nuclear must both expand considerably.

A price on carbon is the prerequisite mechanism to achieve any credible target.

in reference to: Renewables Share of Energy Rises, Almost Catching up with Nuclear Power (Energy Priorities) (view on Google Sidewiki)
Posted by Nuclear Australia
Email ThisBlogThis!Share to TwitterShare to FacebookShare to Pinterest
at 9:16 pm 4 comments

Diesendorf claims that, “talk about the benefits and cost effectiveness of future generation nuclear reactors is still just talk” should be considered when this paper so willingly prints his unfounded praise of renewable power as near-gospel.

Over 30 countries worldwide rely on over 440 operating reactors, while 65 reactors are being built in 15 countries in North and South America, Europe and Asia.

Germany tried hard – arguably the best effort worldwide – to rid their economy of carbon emitting energy generation technologies with renewables (while at the same time initiating a phase-out of their nuclear energy stations). With their demonstrated technical ability – they failed. The nuclear phase-out legislation was recently reversed.

Ditto for Denmark and their allegiance to wind. An objective investigation of the facts will show that – on an annual basis – the Danes still rely heavily on fossil fuel compared to their nuclear neighbors in Europe.

Shame on this paper for permitting such unchecked liberty on just one side of the story.

"...while talk about the benefits and cost effectiveness of future generation nuclear reactors is still just talk"
- Nuclear Debate on the Agenda for 2011 Australia Epoch Times (view on Google Sidewiki)

Posted by Nuclear Australia
Email ThisBlogThis!Share to TwitterShare to FacebookShare to Pinterest
at 4:06 am 2 comments

Regional Update: Korea to displace coal with nuclear and renewables

As a result, nuclear energy will provide 48.5% of the nation's energy consumption by the target year from the current 32%, KPE said in a long-term national energy development plan.

Coal is currently the biggest source of energy in South Korea that meets 42% of the nation's energy needs.

Renewable energy sources like solar and wind power will also provide 8.9% of the nation's energy needs by 2024 compared with the current 1.3%, it said.

Asia's fourth-largest economy imports 97% of its energy needs from overseas and has moved to cut dependence on fossil fuels and to diversify energy sources.

In October Seoul unveiled a five-year plan to spend 36 billion dollars developing renewable energy as its next economic growth engine, with a goal to become one of the world's five top players in the sector.

The December 2010 issue of Nuclear Engineering International [NEI] includes a brief update on nuclear energy infrastructure developments in Vietnam. In May and June 2008, I blogged about Vietnam's nuclear ambitions and legislative activities [an early prerequisite to the introduction of nuclear energy within any country]. These posts included some early timeline forecasts and capacity projects for the related projects. Well, what's happened in the past two and one-half years?

Also reported by NEI is the use of the Vietnam project as a test case within a feasibility study of a new Vietnam-Japan, bi-lateral carbon credit system for nuclear power plants. Nuclear energy projects are not currently recognised for inclusion within the Kyoto Protocol Clean Development Mechanism.
Posted by Nuclear Australia
Email ThisBlogThis!Share to TwitterShare to FacebookShare to Pinterest
at 10:56 pm 1 comments

Labor to debate nuclear? I smell a rat. 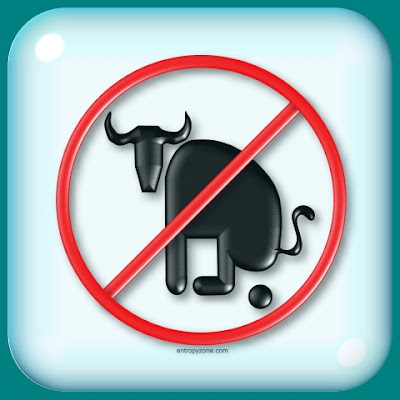 Recent news stories have been highlighting some calls from within Labor to debate Australia's potential adoption of nuclear energy.

While this may appear to be delightful news to those who are keen for a nuclear debate. I am reluctant to let my hopes soar.

Nuclear energy lends itself to be a very effective tool of the coal industry when it comes to defending itself from climate change related threats. A price on carbon will - by design - threaten the use of fossil fuels in Australia. Since Australians fear nuclear power even more then escalating electricity prices (something the coal industry would not mind by the way), it's introduction into the national narrative just after government begins making noise about a price on carbon is, to me, too coincidental to be overlooked.

It is too easy for the coal industry and/or the politicians who represent them to stoke national nuclear fears by linking a price on carbon to the deployment of nuclear energy stations 'in your backyard'. But in the end, if there is no price on carbon, all no/low carbon energy sources will continue to suffer deployment delays or significant limitations compared with action required to achieve the emissions reductions deemed necessary by global experts.

Then there's potential political benefits, such as getting the Greens to snuggle up to those in Labor who are 'not quite convinced' of the benefits of nuclear energy.

Whether Labor discusses nuclear energy or not is unimportant. It's being discussed already, albeit not openly. What is critical for Australia's future; including our economic as well as environmental security, is a price on carbon to shift energy production away from the use of carbon emitting energy sources.
Posted by Nuclear Australia
Email ThisBlogThis!Share to TwitterShare to FacebookShare to Pinterest
at 6:51 pm 2 comments