The need to come together is not unique to the USA

Since there really is no scientific debate on climate change. 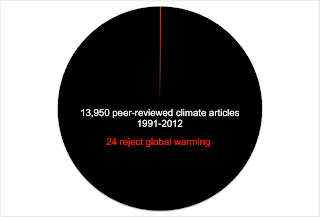 Maybe it's time to come together and solve the problem. Actually, now it's problems. Ongoing delay and an unjustified dismissal of nuclear power's role (with conservation, efficiency, renewables, etc.) has made mitigation more relevant. That will demand even more resources to prevent wide-spread devastation. This is no exaggeration. Heat waves, drought, fires, record breaking tornadoes, hurricanes and other super-storms:  i.e. weather on steroids, are taking an increasingly continuous toll on daily life and claimed to be just a sample of events to come.

Efforts to curb coal use in the USA are gaining ground, but experts continue to warn us that much, much more action is needed to avoid ongoing strife. In the context of their financial situation and that of many other countries worldwide and a shift of national focus from climate change to economic recovery; it grows increasingly difficult to find reason for optimism.

Nuclear projects continue worldwide while the 'just ask the Japanese' anti-nuclear argument seems to have abated with the landslide election of the LDP. But there are no credible time estimates for the restoration of nuclear power there, so emissions will remain elevated into the foreseeable future. Elsewhere, projects are making steady progress, but post Fukushima estimates for long-term nuclear deployment have not yet recovered.

Over the nearly 6 years since I began his Blog, not much has happened. Many politically expedient windmills have been constructed and government subsidized solar panels installed across the country, but coal plants continue to be built and forecasts of grandiose--yet cheap and fast--emissions reductions received from pro-renewables (anti-nuclear) politicians, academics and their corporate handlers have yet to materialize.

The chart above shows that scientists have done their job. There is no debate. It's time for engineers to propose and implement viable, long-term solutions with strong financial and political support from government and corporate leaders.

Posted by Nuclear Australia
Email ThisBlogThis!Share to TwitterShare to FacebookShare to Pinterest
at 11:51 pm 1 comments