This one news article comprises a complete Australian energy policy, political ecosystem. It can all be found right here. Rejection of nuclear plus investments in renewables results in increased reliance on coal and other fossil fuels over the longer term.

“There is one energy source we won’t be tapping into while I am the Premier,” Mr Carpenter said.

“There will be no nuclear power, no nuclear waste and uranium mining in WA while I am the Premier.”

Instead, WA will be expanding the 300 MWe coal fired power station in Collie.

The decision was made after strong lobbying by Labor MP Mick Murray and the coal industry which believes the state was too reliant on gas.

This lobbying focused on the Varanus island gas explosion which highlights the risks of becoming reliant on a single energy source. The fact that the coal station failed just days before only compounded this problem.

And my favourite quote from the article:

All our climate change commitments will remain firm - it is clear that coal will be part of the states future energy plans.

I note that clean coal continues to be frequently mentioned by many. This technology must be developed, but we are not there yet. Would Alan Carpenter support a moratorium on coal industry expansion unless new or modified facilities deploy sequestration with any expansion project? There you have your answer regarding the legitimate state of the technology.

The news isn't all bad. Six million dollars will be spent for the the construction of a solar power station in Kalgoorlie and the development of an oil mallee harvesting machine. But if coal power generation is expanding, these efforts will have failed to help mitigate any real emission related issues. This money appears to be not much more than a political payoff enabling the further expansion of the Australian coal industry.
Posted by Ed
Email ThisBlogThis!Share to TwitterShare to FacebookShare to Pinterest
at 9:25 pm 3 comments

Reactor tours - Get yourself informed

The winter school holidays are nearly upon us. If you live anywhere near Sydney and petrol prices have put the kibosh on your annual trip up to the Gold Coast; why not take the kids on a tour of Australia's only operational nuclear reactor?

It showcases Australian science and innovation.

For detailed information including how to book a tour, different tour options and relevant security requirements; please refer to this link.
Posted by Ed
Email ThisBlogThis!Share to TwitterShare to FacebookShare to Pinterest
at 9:48 pm 0 comments

As reported by the ABC.

Kevin Rudd is standing his ground. Not surprising at all. This is one of his core election issues. To back-flip on this item so soon is unthinkable.

But some food for thought:

First, Rudd has begun talking about nuclear in [slightly] more detail than he has in the months since the election. I doubt very much that this is what he or his team wanted, but his hand may have been forced by the Howes-Carr position. He will not be able to speak about nuclear's role [or non-role] for very long without getting into some technical justification and details. When this happens, I do not believe even 120 hour work weeks will be able to defeat rudimentary physics. The science, available technologies and required development do not support Rudd's election promises. He is in a tough spot.

Next, in the report, Rudd says,

"The precise definition of the scope of the [emissions trading] scheme - that'll become clear during the green paper, white paper process," he said.

"We're proceeding on this policy development process, calmly, coolly methodically, responsibly and that's why we've been out there in the last six months consulting industry."

I am perplexed at how technologies can be selected [or ruled out] even before a review is completed. Also, how could any credible non-nuclear emissions reduction plan be developed and promoted during the election campaign process if the consultation process only began six months ago? It may be quite possible that a 'popular' promise has been made to win an election and now the technologies, techniques and timelines to achieve it must be identified and defined.

An increasing number of Australians are coming to believe that not only will this effort prove impossible, but that there are some serious downsides.

Finally, Rudd - sounding much like George Bush a few years ago - is pushing clean coal.

Mr Rudd has also maintained that the coal industry must remain part of a long-term solution and that clean coal technologies must be further developed, but he is optimistic about its future.

Clean coal will be needed and much investment is warranted to develop the technology ASAP. But it can't do the job alone and the technology will not be capable of significantly impacting emissions anytime soon - certainly not by 2020.
Posted by Ed
Email ThisBlogThis!Share to TwitterShare to FacebookShare to Pinterest
at 9:47 pm 0 comments

Pro-nuclear push from within Labor

As reported in The Australian.

Paul Howes, the head of Australia's biggest blue-collar union, and former NSW Labor premier Bob Carr have called for Australia and the Rudd Government to purge its prejudices and embrace a nuclear power industry.

The two are promoting the potential of nuclear power to generate large quantities of no/low carbon energy at economically competitive prices to address Australia's near- to interim-term climate, energy and industrial needs.

Howes is convinced that without nuclear any credible Australian effort to reduce emissions will result in the export of jobs if not entire industries.

"I've told ministers in the Rudd Government this is my view and the view of my union."

Kevin Rudd insists Australia can meet its carbon emission reduction targets without resorting to nuclear power. However the government has not put forward convincing explanations of what technologies will be used [and to what extent], how energy and grid reliability will be assured, when technologies will be deployed or where the relevant facilities will be located. Recent government reports appear to contradict Kevin Rudd's position - noting the optimistic deployment of all measures currently on the table will at best keep emission levels stable.

Carr's position is that only nuclear power can provide a credible bridge to help secure significant emissions reductions while the country works to develop and deploy sufficiently advanced renewable technologies. Carr notes that most younger Australians do not share the emotional objections to nuclear energy of their elders.

"We all want to get there. But it's decades off and we need a bridge. The best thing the Western world can do to stop the melting of the polar ice caps is to sponsor the production of the most modern nuclear power plants."

Previous post on Paul Howes from February 2008.
Posted by Ed
Email ThisBlogThis!Share to TwitterShare to FacebookShare to Pinterest
at 7:05 am 0 comments

General Electric and Hitachi have now been joined by Cameco to develop and deploy Australian laser enrichment technology. Cameco has invested US$123.8 million (AU$129.8) to become the minority partner with a 24% stake in the joint venture. GE will maintain a 51% share and Hitachi 25%.

It's always interesting to hear of Australian innovative success, but in general news such as this is disappointing for me personally. I hope Silex is bringing home some well deserved royalties for their efforts on the technology [judging by the below stock trend, this appears to be the case]. However, I still consider it [another] lost opportunity via the export of innovative technology as well as [most likely] a few key human resources.

This phenomenon is not unique to the nuclear fuel cycle either. Australian solar technology continues to suffer a similar plight. Considering the global energy [r]evolution unfolding before us - I do not believe it wise to allow similar opportunities to slide so easily from our grasp.
Posted by Ed
Email ThisBlogThis!Share to TwitterShare to FacebookShare to Pinterest
at 5:36 pm 0 comments

Legal team points to French nuclear and asks, 'What if...'

In the article the authors point to the often sited French nuclear power programme. As I say here, we can not carbon-copy the French programme for a number of reasons. But De Rubercy and Harvey are spot on; generally speaking, there is much Australia can learn from French experiences.

As however our current reliance on fossil fuels is not sustainable in terms of both supply and greenhouse gas emissions, Australia may soon have to face the unavoidable prospect of nuclear power. As we possess 40 percent of the world's uranium reserves, it is not surprising that the Switkowski report recommended the construction of Australia's first nuclear reactor by 2020, and a total of 25 nuclear reactors by 2050.

Use of nuclear power in Australia remains highly controversial. Our heavy reliance on fossil fuels is not, however, a feasible long term solution. Nuclear power, as one potential alternative, may therefore become an unavoidable prospect in the future. While this may seem daunting, the regulations employed to ensure the successful exploitation of nuclear power in France will be a valuable tool when the time comes.

Posted by Ed
Email ThisBlogThis!Share to TwitterShare to FacebookShare to Pinterest
at 8:46 pm 0 comments

It happened quietly last week. Not much media fanfare at all. The only items I found on the day were a few reports about Andrew Stoner's disagreement on the topic. But the National's have passed a motion in support of nuclear research into the development of an Australian nuclear power industry as well as an international waste repository.

I obviously am in favour of the former and certainly agree there are some strong arguments to be made for the latter. But most interesting is that a similar motion was voted down by the Nationals just two years ago.

Elsewhere around the globe, other political tides are turning as well, interestingly in Germany and nearby Italy.

Labor continues to maneuver themselves into a political pickle. With real Australian emissions set to remain stable in the most optimistic of government scenarios and even those efforts set to result in some fairly hefty hits to the typical Australian budget; other energy cost drivers [e.g. petrol] make ever more compelling arguments to not just keep nuclear on the proverbial table, but nudge it ever so slightly toward centre stage.
Posted by Nuclear Australia
Email ThisBlogThis!Share to TwitterShare to FacebookShare to Pinterest
at 7:43 am 0 comments

Australia continues to work through our environmental issues on a day that was probably conceived to inspire optimistic vision, highlight action and celebrate results.
A relevant post at Larvatus Prodeo highlights some differences between the optimistic pre-election Kevin Rudd and his current accomplishments and ongoing challenges. Ross Garnaut also sited numerous challenges, uncertainties and risks. Meanwhile, the ABC mentions a call for nuclear power from the business community of anti-nuclear Western Australia. 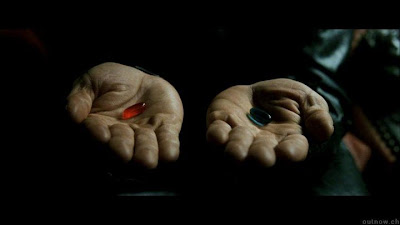 Australia isn't ready to swallow the nuclear pill yet, but I stand by my earlier statement. Through their total rejection of a domestic nuclear power programme, Kevin Rudd and the majority of the Labor party are helping Australia work through the relevant issues faster than if they had lost last year.

More Australians must come to understand that other efforts to reduce our per-capita emissions - while noble and effective - will not be effective enough to reach the cuts deemed necessary by global scientific consensus.

Posted by Ed
Email ThisBlogThis!Share to TwitterShare to FacebookShare to Pinterest
at 2:18 pm 0 comments

Forbes is reporting the passage of new legislation allowing the development of a nuclear power industry in Vietnam to help the country keep pace with a booming economy that is resulting in 15% annual demand increases for electricity.

The first 1000 MWe plant is to come into service in 2020 with about 10 more in operation by 2025. The report lists several countries including Japan, France, South Korea Russia and most recently China that have expressed an interest in assisting Vietnam in this endeavour.

Watch this space.
Posted by Nuclear Australia
Email ThisBlogThis!Share to TwitterShare to FacebookShare to Pinterest
at 5:33 am 0 comments