Last week Reuters reported the start of the 912 megawatt Tomari-3 reactor in Japan's far north. According to the IAEA PRIS database, construction of this reactor began on 18-November-2004. So the duration of this project was roughly 5 years. The reactor went critical back in March and has been in commissioning since that time according to WNN. Different media reports state that this is the first new reactor to come into service in Japan for 3 years, that it will cut Japan's carbon-dioxide emissions by 20% of 1990 levels and that this is the last Gen II reactor planned. All future reactors are to be Gen III or beyond. This plant has received approval to irradiate MOX fuel.

Also in the news is Korea's win of a UAE power reactor project (US $20 bn for 4 reactors, with the possibility for $20 bn more in the future) as well as a US $173 million new research reactor project in Jordan.

Seems as if the nuclear business continues to thrive in Asia - and is quite lucrative at that.

Australia's total coal exports for 2008-09 were $54.6 bn (~ US $50 bn) according to DFAT. This was an increase of 123.6% from the previous year. [Regarding the politicising of efforts to cut emissions and the impact on Australia's coal industry, I would be thrilled if we could just get to zero growth.]

Our uranium exports totalled $990 million, up 11.6% from the previous year. Ranking number 28 of all Australian exports, uranium sales contribute 0.4% of our total export revenue. [Coal is ranked number 1 and accounts for 23.7% of all exports.] 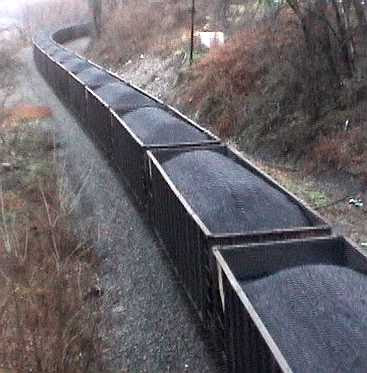 Australian emissions were fairly unfazed by the GFC due to increasing demand and the decline in renewables generation with falling Snowy Hydro output (the result of prolonged drought). [The growth in other renewables sectors, efficiency or conservation programmes will have to accelerate to account for the fall in hydro generation before they will displace any emissions from fossil generation.]

4,000 MWe of fossil fuelled generation in being progressed in NSW.

sus·tain·able (sə stān′ə bəl) adjective
1. capable of being sustained
2. a) designating, of, or characterized by a practice that sustains a given condition, as economic growth or a human population, without destroying or depleting natural resources, polluting the environment, etc. sustainable agriculture
2. b) governed or maintained by, or produced as a result of, such practices sustainable growth
Posted by Nuclear Australia
Email ThisBlogThis!Share to TwitterShare to FacebookShare to Pinterest
at 4:26 am