Following on from the data below (which I admit is boring in list form), I generated radar graphs for select countries: The top 20 total emitters and the best of the best from below.

I then created the graphs purely by rank. I considered graphing the data on relative terms (i.e. the USA total emissions are about 74% of China's so a relative graph would have China at 100 for that criterion and USA at 74 (and Australia much lower)). But the two are barely distinguishable in total emissions arm of the graph I made. Is this just? I thought so, even though it is in the number two slot, the USA's obligation to cut emissions - solely on absolute terms - isn't 74% of that of China. But still, I can't defend such an argument without the remaining context. Graphing China's and the USA's rank using multiple criteria presents a much clearer picture. Using the radar graphs, it's a bit easier to argue who should do more vs. who should try even harder still.

Below are the top 20 emitters in absolute terms followed by a few top all-around performers. 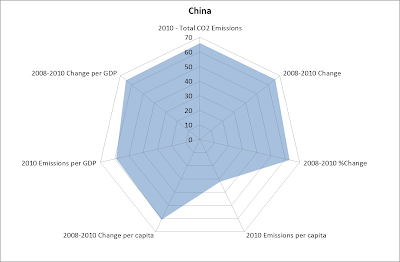 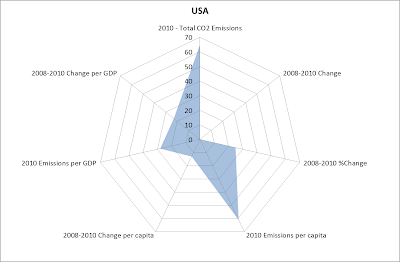 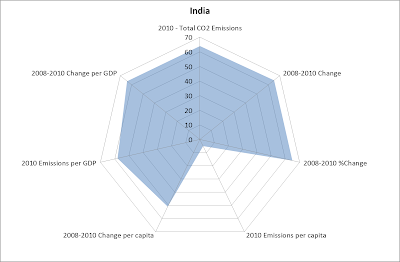 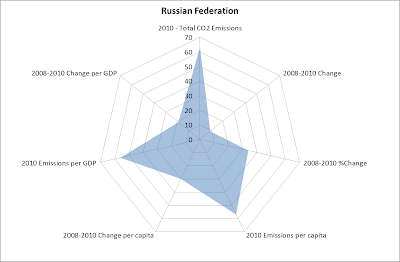 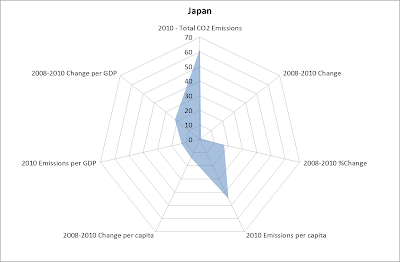 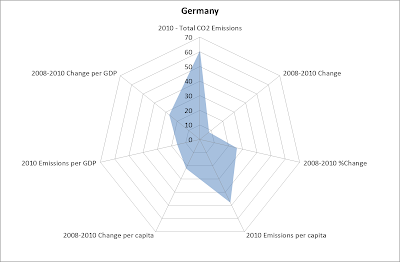 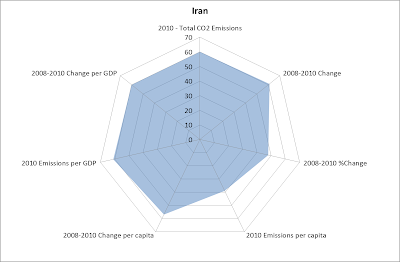 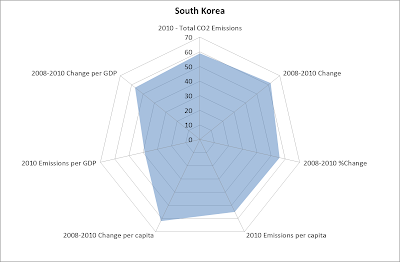 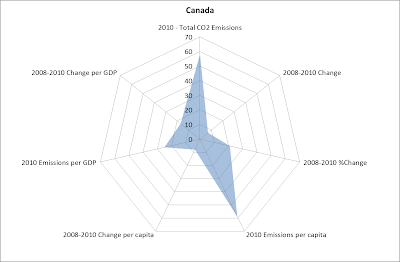 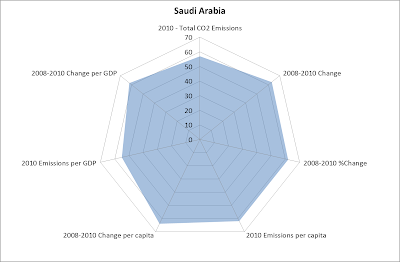 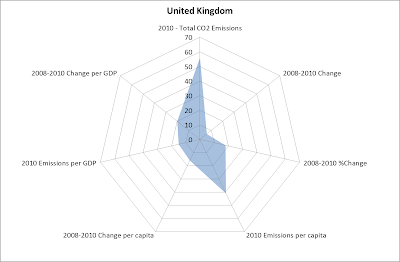 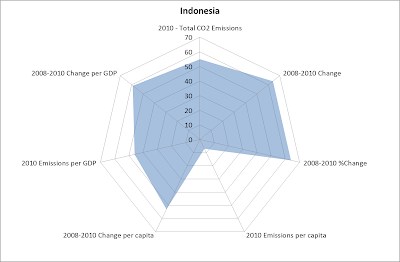 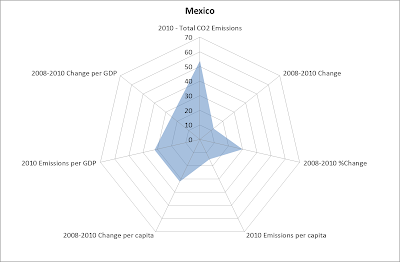 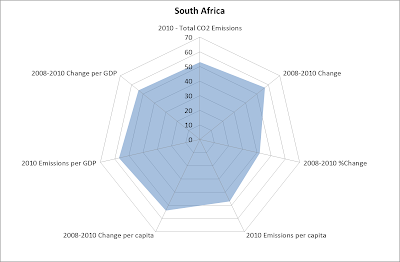 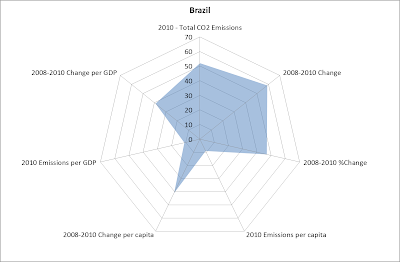 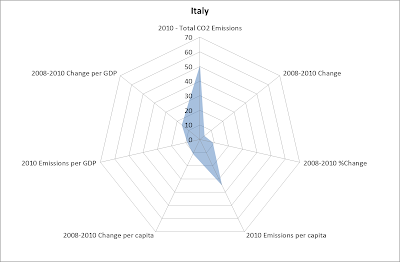 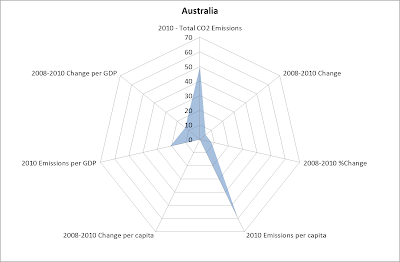 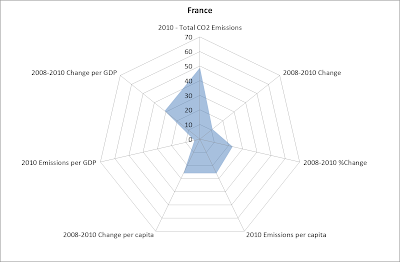 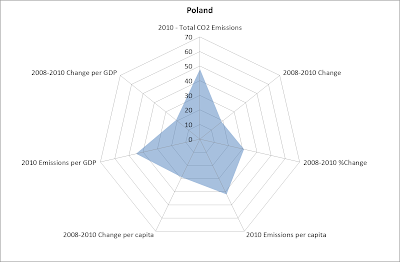 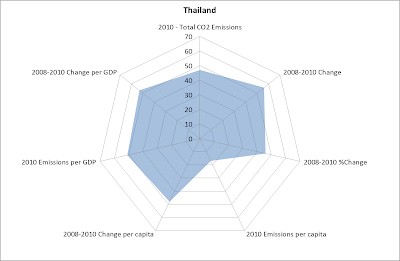 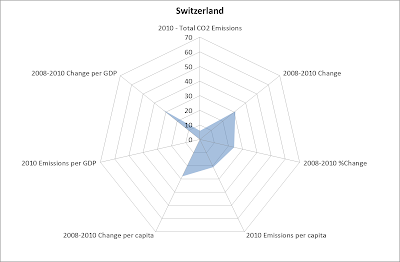 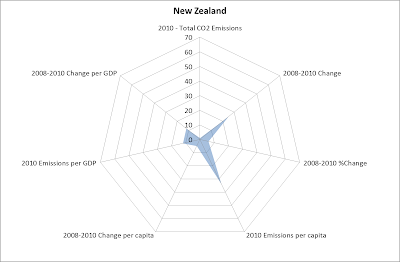 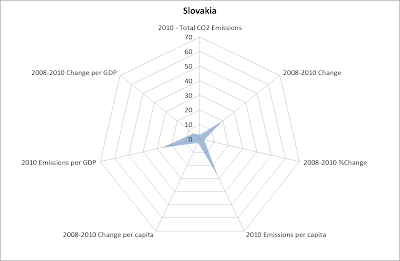 Posted by Nuclear Australia
Email ThisBlogThis!Share to TwitterShare to FacebookShare to Pinterest
at 7:09 am