In Newport, the leadership (the most powerful, according to the Williamstown, Altona, Laverton Star) is speaking up and speaking out against Nuclear.

“It is too expensive, too dangerous and not the right solution,” Ms Roxon said.

I'm assuming she's talking about a solution to emissions linked to climate change. But too expensive? According to whom? As compared to what? And finally dangerous? Certainly not for the past few decades and again compared to what? 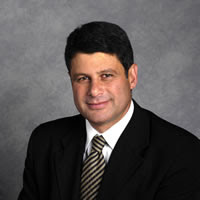 Williamstown MP and Premier Steve Bracks said he was extremely concerned at the thought of nuclear power in the area.

Sorry, but I didn't think Canberra is forcing anything on anyone. In fact I believe those supporting nuclear power are saying any thought of siting a facility now would be premature and unwarranted. 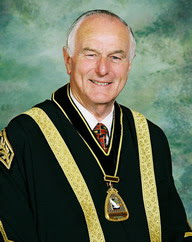 Hobsons Bay mayor Leigh Hardinge said it did not make sense to build a large baseload power station in a residential area.

“I would be very surprised if it was ever built in a metropolitan area,” Cr Hardinge said.

I agree with mayor Hardinge. Nuclear Power stations aren't typically constructed near metropolitan areas. Such locations tend to become significantly more populous over a plant's 40+ year design lifetime, complicating emergency planning etc. Therefore most utilities have the foresight to build the plants a bit further out.

Spotswood Ward councillor Bill Baarini said he would fight any nuclear proposal for Newport like “(Anthony) Mundine in a championship fight”.

“If Newport qualifies for a reactor by the (Australia Institute) criteria then I can’t understand why the rest of Australia doesn’t,” Cr Baarini said.

Again, I don't think anyone is advocating site qualification processes. It's way too early for that. But I think Cr. Baarini should dig a bit deeper. His comment suggests (to me at least) a very limited understanding of power infrastructure requirements of any kind - let alone nuclear.

Hobsons Bay Community First co-convenor Tony Briffa has urged residents to speak out early in opposition of any proposals.

“I fear if we are not concerned or active about this it will end up being here.”

Mr Briffa said he was concerned about siting a nuclear plant so close to a highly populated residential area as well as the effects of dispersing nuclear waste.

“And I guarantee 100 per cent of
residents would feel the same way about it,” Mr Briffa said.

Where to start. What about those who favour the idea? Shouldn't they speak out as well? (I certainly hope so.) Why not advocate a well informed discussion? And on the dispersing of waste...? What does this mean? Nuclear plants are designed to contain the waste and - I might add - do a surpurb job at meeting this design criteria in numerous countries around the world. Finally, the 100% number is baseless. Just have a look at poll results on this Blog alone. This then begs the question, "What of that guarantee?" These statements are pure rhetoric, designed to scare rather than inform.

If not nuclear, then what? Inaction is certainly no solution. Instead of rallying around what we are NOT going to do (or so say the most powerful leaders above); why not chart a course to some feasible end-game?

To put it another way; please lead, or get out of the way.

“Politics is the only thing that will write it off.”

Cr Baarini said he would seek more information on Newport’s potential as a nuclear power site from the Australia Institute and contact the Federal Government.

Mr Briffa said he would consider holding a community forum on the issue to get the full story from policy makers and environmental groups.

Ok this last bit is encouraging. More communication and information is a good thing. I only hope they move away from the rhetoric.
I encourage all to seek objective facts about these issues. The comments above - for the most part - are certainly neither objective nor factual. Considering what is at stake, cooler heads MUST prevail.
So please, seek better information, stay cool and just chew on it for a while. We will make the right choices, but only if we are well informed.
Posted by Ed
Email ThisBlogThis!Share to TwitterShare to FacebookShare to Pinterest
at 8:56 am