A deeper look into an oxymoron (or two) 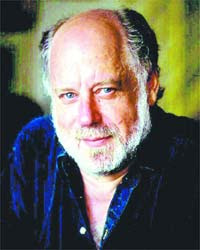 OK, John Howard says, if panic-merchants want to cut carbon dioxide emissions we'll have to do it with nuclear power. Chernobyl and Three Mile Island notwithstanding, that's perfectly safe these days, even though rogue states and Osama bin Laden franchisees are desperate for bombs.

The deployment of nuclear power has very little, if anything to do with current nuclear non-proliferation concerns which tend to focus around old military programmes as well as highly enriched uranium (HEU) used at some research facilities. (NB Australia's OPAL reactor at Lucas Heights is fuelled using low enriched uranium LEU, which is generally considered to be "proliferation proof".) More Info.

As for that pesky radioactive waste, it can be safely accommodated underground for the next million years barring accidents or earthquakes. Remember that nuclear power plants only become dangerous when the wrong people want to build them. So Iranian or North Korean nuclear plants may need to be nuked.

It is not so much the Iranian and North Korean plants that are a threat as it is the technology (in Iran's case the enrichment technology) and material (North Korea's clandestine enrichment programme). In fact if you read the North Korean case one will discover that they are using their weapons programme as a means to a nuclear power end. By the way, Iran is still looking for their first power reactor as well, but not having one has nothing to do with keeping them weapons-free.

So we can see from both cases that one does not need nuclear power to obtain weapons capability. Linking nuclear power deployment to current non-proliferation concerns in this way is unjustified and a distraction to the overall discussion.

But when it comes to the PM's preferred solution to Australia's greenhouse emissions the greatest danger isn't a big bang or radiation leaks. It's time, money and the not-in-our-backyard factor. Apart from no one wanting a plant in the neighbourhood, they cost a motser and don't come on-stream for decades. By then Australia's coastal and harbourside residents will need submarines for public transport.

Decades? Where is the reference for this? India just constructed a plant in under 5 years.

My opinion is that this number depends heavily on an individual country's regulatory and political atmosphere and experience. That being said, Australia's first, second, or even third nuclear plants will not go up quickly. But decades? I find no justification for such a claim.

A review of the economics may be found here (industry) and some information here (U. of Melbourne).
Posted by Ed
Email ThisBlogThis!Share to TwitterShare to FacebookShare to Pinterest
at 5:13 am